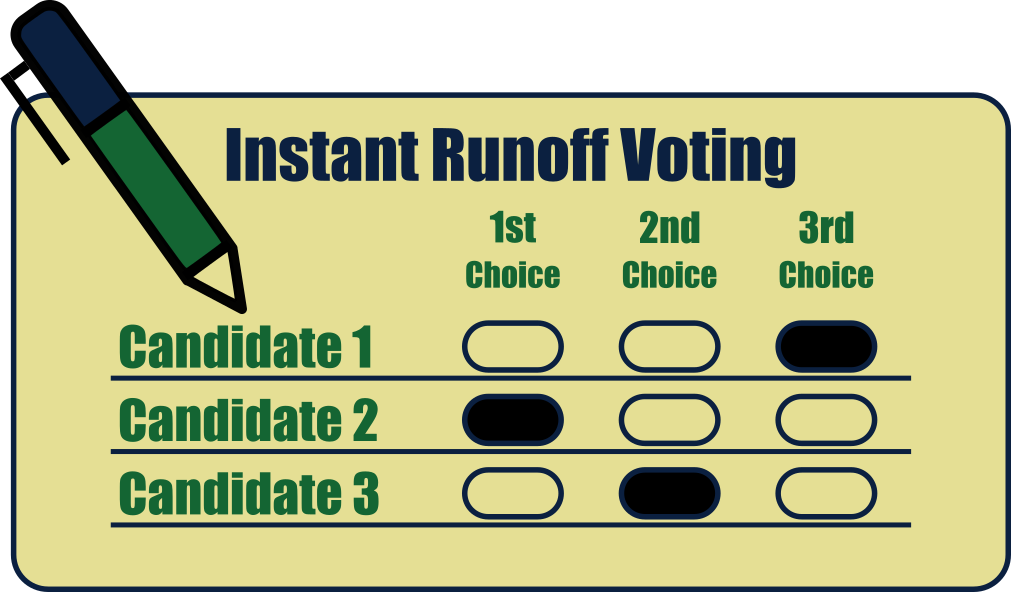 Are you a fan of instant runoff voting (also known as ranked choice voting) and want your friends to know it too? This is a perfect opportunity!

We can send a presenter who knows all about IRV and can easily communicate that information to you and your guests. Plus, you'll have the opportunity to see IRV in action with an election of your choice. Some of our favorites are cookies, wings, and beer, but if you have something else in mind, we're open! Just let us know.

To host a house party, simply fill out the form below and we'll be in touch. 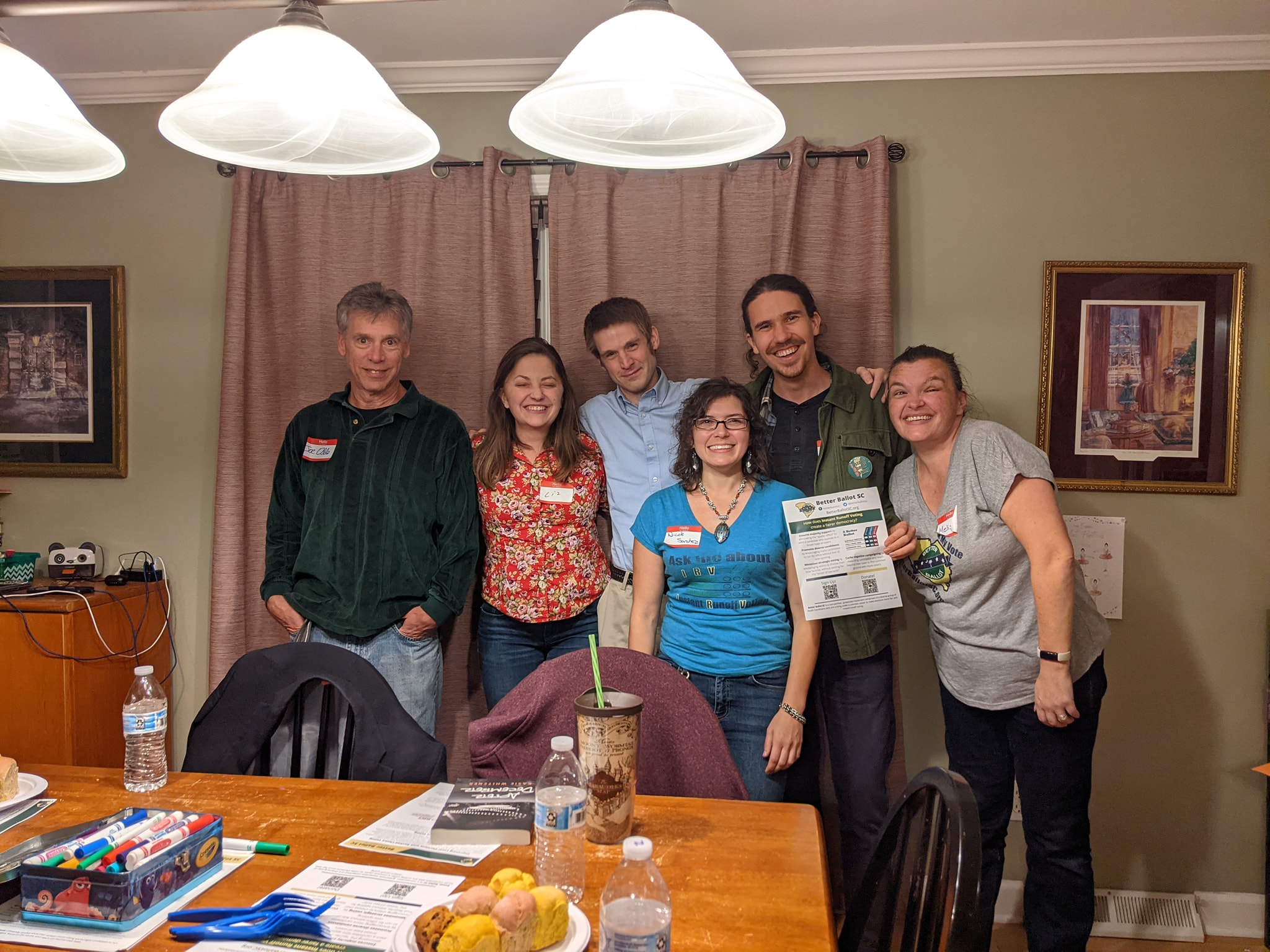 Some happy guests at our first house party!

Join us for canvassing at the Soda City Market in Columbia. We'll bring the clipboards and pens, you bring the enthusiasm and smiles!

We'll be speaking to market goers about the benefits of instant runoff voting (also known as ranked choice voting). Scripts will be provided.

We'll meet at Cantina 76 at 10am to discuss the script and best practices.

Please sign below to show your support for instant runoff voting. The more signatures we have, the easier it will be for this important legislation to move forward.

53 signatures
"We, the undersigned citizens of South Carolina, are tired of the State of South Carolina wasting hundreds of thousands of dollars every two years on unnecessary runoff elections. I’m fed up with making voters waste their time going to the polls twice to elect someone, when there’s a simple way to vote just once. I’m frustrated with not voting my conscience due to fear of splitting my vote or acting as a 'spoiler'. I’m upset that candidates can be elected without a majority of the votes cast. We are tired of negative and divisive politics. I long for a voting system that promotes respectable candidate debates instead of the current practice of 'mudslinging' and 'flaming.'
We believe South Carolina can be a leader in bringing civility and efficiency back to our government through the use of instant runoff voting.
I appeal to the South Carolina Legislature to pass - and the Governor to sign – legislation that allows instant runoff voting in South Carolina elections."
Add signature

Instant runoff voting or IRV (also known as ranked choice voting) is a simple, common sense upgrade to the way that we vote that solves multiple problems

Save Time and Money with IRV

How Does It Work

Instant Runoff Voting is a simple upgrade to the way we currently vote.

Right now, when you vote, you pick one candidate. With Instant Runoff Voting, you get to rank candidates in the order that you prefer them: 1st choice, 2nd choice, 3rd choice, and so on. If your first choice can’t win, your vote automatically transfers to your second choice.

It's that simple. We rank all kinds of things in our lives. We all have favorites and second choices, even third choices. Better Ballot SC wants to upgrade all South Carolinians to this common sense way of voting.

Here's an example of a sample BBQ Ballot:

What Others Are Saying

Washington Post: How Ranked Choice Voting Saved the Virginia GOP From Itself

Fair Vote has been educating the public about the benefits of Instant Runoff Voting for years. Check out one of their videos: https://www.youtube.com/watch?v=wqblOq8BmgM

Check out this video that talks about voting for the lesser of two evils: https://www.youtube.com/watch?v=q6pC5IJirrY